Victoria , our host, was welcoming us two nights but we’re still at it one week to the day after our arrival. Is that a sign that we get along well? She speaks a little French and worked as a radio host . Rather socially active , she lives with her sister Laly and made a long trip to Europe for six months during which she used exclusively Couchsurfing for accomodaon. So she knows how to be a good host and we were somehow invited to come along with her during our stay. We do not ask for so much and were eager for “urban” sensations to change us a bit! After spending the afternoon we arrived at the laundry, napping and grooming, we followed her at a concert in a scene / alternative bar in the city . The evening was held in the good mood , it was a real concert but felt that anyone could have been invited to play something on stage without problem. Necessarily our friend Yo would have play something! Yo then it would have been what? Rhythm is love from Keziah Jones? Is that right? -M – ? Once the concert ended , and misconduct Yo ambiancer for us a little, has installed one of these moments floating where nobody really knows what to do , where to go to continue the evening and time forward, our 2:30 watches, brave roosters took a clear decision to assert a little personality to the group : go eat ice cream in Grido !

Lying at 6am but ultimately woke relatively early, we set the day, the next day to use to ride around the city. We do not know at this time but we walked these streets bike dozens of times since . The North American system of “blocks” of streets, all perpendicular , also applies to South America so much that it would be hard to lose, but then to know the city as we know it now few tourists can boast about . In the evening, Victoria took us to the discovery of some of her favorite places . We started with a concert by punk -rock refreshing at the Blah Blah Bar and proceed with a more ” dance ” output to a bar / box very Latino accents. Cumbia ! It’s simple: this evening was the best since the start of the trip! Those of you who read us regularly know that our nocturnal social life is rather non-existent, but we assure you the objectively Rumbo Perdido bar is really great! What a feeling then, after three months rather “quiet ” than entering a room full , all dancing paced world of a (good ) music , strong, rhythmic , fast … we were caught by surprise and have totally surfed the wave of the evening! Lying 6:30 after a bowl of cereal . It reminded us of good memories ! Yo, you want to cook a croque-monsieur ? ;-)

The next day, Sunday , waking at noon to freshen up and getting ready fast because Victoria  invited us to her family asado . Argentine institution as well as football, it is a barbecue XXL version that stands on Sunday afternoon and that brings family and / or friends together. Again we were spoiled because we were waiting for this opportunity since our arrival in South America and it has finally been realized in a very beautiful way , in a swimming pool surrounded by olive groves . The tour guides all say it : get invited to an asado is an opportunity to taste delicious meat and also to attend a time of Argentine life . And that is exactly what happened . Until the evening , we talked a lot about our trip to the charming family of Victoria, all of our experience and curious hurrying to give us valuable information for subsequent events . But we are also much silent, listening to the gentle conversations brothers and sisters who fight gently, the advice from elders to youngers and saw the wonders of the world before any progress from Victoria’s niece , 1 and 8 months and youngest of the charming world. All this in a beautiful and peaceful rural setting, it was difficult to find a way to end the evening on a nice touch too , but we found : Grido !

More during the day we also found time to mature our thinking about a challenge which we thought about for several weeks. This idea, we had already talked with the French Clement with whom we especially past Christmas and New Year , as well as the Dutch who were rafting with us and took on the challenge . The idea is to climb the Aconcagua , the highest mountain in the American continent , culminating at 6962 meters above sea level 2150 meters above our Mont Blanc thus and only 200km from Mendoza that is in fact the starting point for expeditions to launch his assault. A unique opportunity , right?... (read more) 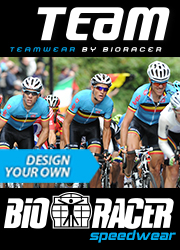 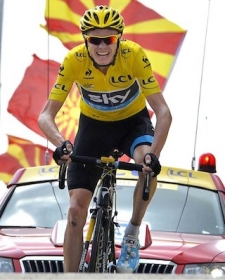 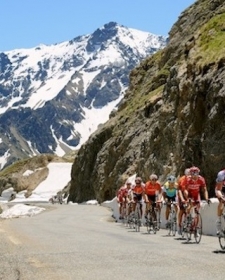 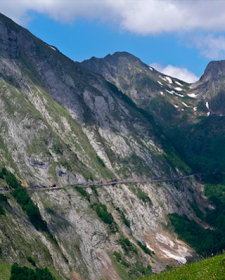