Summer in the city – Beastway's back

This summer the Beastway mountain bike series is being held at the Lee Valley Velopark, just 20 minutes ride from the City of London. The new venue marks a return to the series' spiritual home, the Eastway Cycle Circuit which was demolished to make way for the Olympics, and where the series ran until 2006.

For 2014, Beastway's original organisers, the Structureless Tyranny, have re-taken the reigns, aided and abetted by some fresh faces, and are excited to be bringing fun, affordable, mountain bike racing back to the people of London. Racing begins on May 15 and will continue for 10 consecutive Thursdays until July 17.

In the years before Eastway closed in 2006, Beastway would regularly attract 250 riders, and the organisers are hoping that with the Velopark's ease of access, its extensive purpose-built trail network, and the series' famously welcoming atmosphere, numbers will quickly return to those pre-Olympic levels.

To cope with the expected demand, and to help create new and exciting courses each week (a Beastway staple), the organisers are reaching out to cycling clubs of all denominations around London and the South-East to come forward and help with the promotion of one of the 10 races. Clubs will need to provide four to six volunteers on Thursday afternoon to help lay out the course and then help with lap counting during the race. In return, the organisers say volunteers will be taken into the bosom of the Beastway community and treated like kings in the pub after the race.

If your club is able to help, please email the Structureless Tyranny at team@beastwaymtb.com.

More details regarding the Beastway series will be made available on www.beastwaymtb.com as they become available. 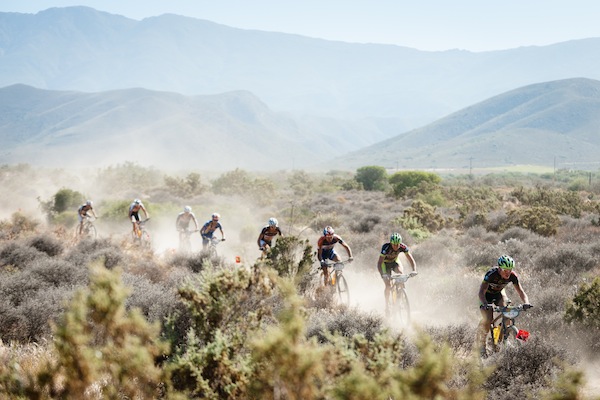 Beneath, you'll find an overview of the Mountainbike Marathons from all over the world. Information about the course, …