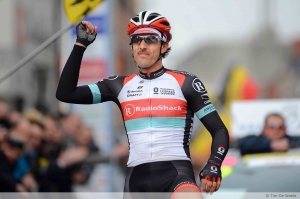 I'm sure that, after his victory, he'll have a pint with us

After his bad luck last year, this 'flandrien' deserves the victory!

Then, he'll become the biggest Flandrien

Boonen deserves it, he got us already some unforgettable moments

He's simply the best at this moment, and he might become one of the youngest winners of the Tour of Flanders.

If "Volderke" wins the Tour of Flanders, we'll celebrate it until Monday morning at our favorite Bavik café !