You are here: Events › Competition (national and international) › Road cycling › Tour of Spain (Vuelta a España)

The Tour of Spain (Vuelta Ciclista a España) is a cycling race which takes place, since 1935 almost annually, in Spain. It is one of the three Grand Tours. Since 2008 the Vuelta is included in the historical calendar and since 2011 it belongs to the UCI World Tour. 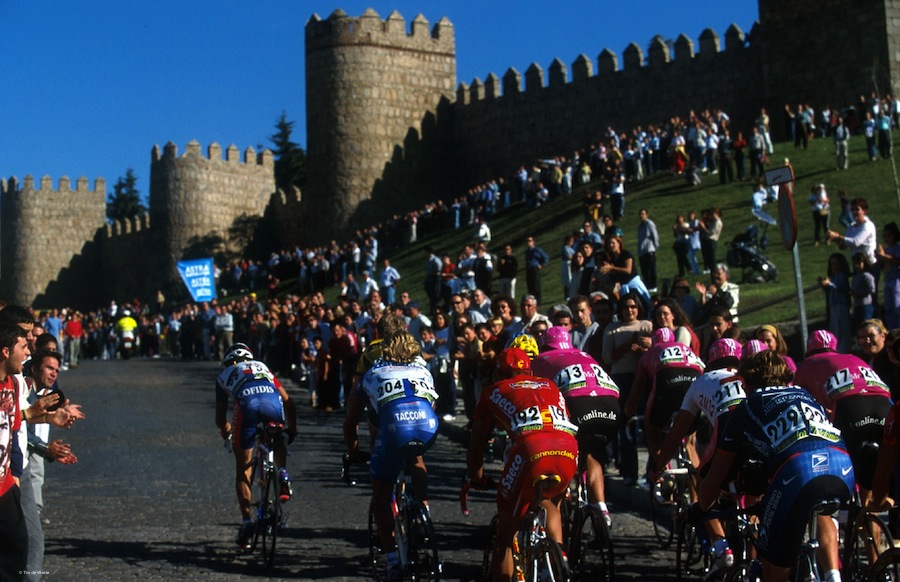 The Tour of Spain is, together with the Tour de France and the Giro d'Italia, one of the three grand cycling tours. This not only because of their great prestige, but also because of their length (three weeks). Previously, the Vuelta took place in April-May, now at the end of the summer (starting second half of August). Oddly enough, since the Vuelta takes place at the end of the Summer, the international prestige of this stage race has increased. One explanation may be that cyclists, who had a bad Tour de France experience, want to make up their season in Spain. The Tour of Spain is also considered as a preparation for the World Cup.

Unlike the Tour de France and Giro d'Italia, in the Tour of Spain there are no traditional jersey colors for the leaders in the ranking. Every few years, the leader's jerseys change colors, often because of new sponsors. The jersey for the leader in the overall ranking was during decades amarillo (yellow gold), but from 2010 it changed into red. That's because the yellow jersey in the Vuelta was often confused with the yellow jersey in the Tour de France.

Add your story, info or media to Tour of Spain (Vuelta a España)

Subpages for Tour of Spain (Vuelta a España)