The Strade Bianche, formerly known as Monte Paschi Eroica (2007, 2008) and Montepaschi Strade Bianche (2009, 2010, 2011), was first organized in 2007 near Siena, in Tuscany, Italy. Since 2008 the race takes place the week before Tirreno–Adriatico.
The race starts in Gaiole in Chianti and the arrival is at the Piazza del Campo in Siena, one of the most beautiful places in the world. The race covers a distance of about 190km, more than 50km on gravel (strade bianche = whie roads). It's an ideal preparation for Flanders cobbled streets and Roubaix. 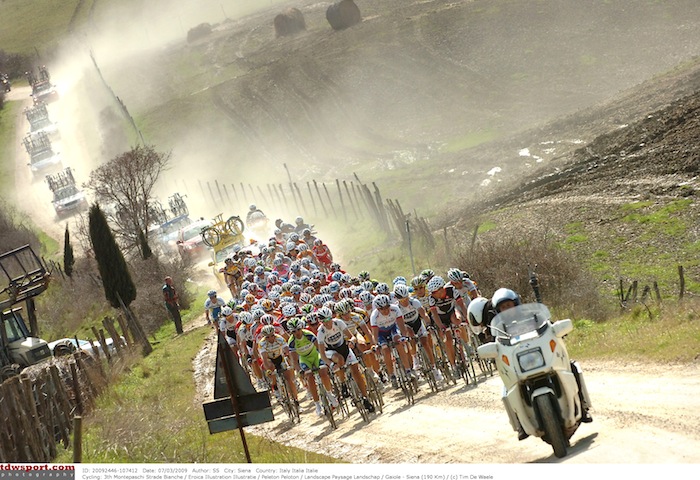 Edition 2017 :
Edition 2017, the 11th edition of the Race of the "White Roads", takes place on Saturday, March 4th. There are 61,9 km of unpaved roads. The first part of these “white roads” are waiting for the cyclists at about 10km from the start.
The total distance of the Strade Bianche 2017 covers 175 km.
Since the last 2 years, the race isn't starting in San Gimignano anymore, but both start and finish are in Siena.

Add your story, info or media to Strade Bianche