Paris-Roubaix, or the "Hell of the North" (L'Enfer du Nord) was first organized in 1896. Only during the World Wars, the race didn't take place. 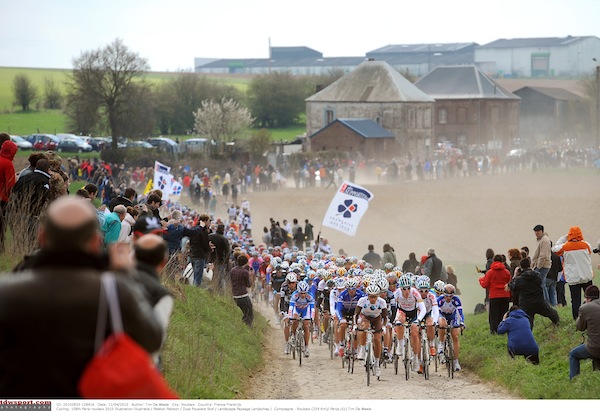 Originally the race was driven between Paris and Roubaix, but since 1968 the start line lies in Compiègne (80 km northwest of Paris). The finish is traditionally at the Roubaix cycling arena, where the cyclists have to ride the last 600 meters.

Traditionally, Paris-Roubaix takes place the Sunday after the Tour of Flanders. A large part of the contest is over cobblestones, which characterizes the race. According to some, the game owes its nickname of "Hell of the North" to these famous cobblestones. Two other nicknames of this classic is "The Queen of the Classics" (la Reine des Classiques), due to the heavy track and "La Pascale", because the race is held around Easter. 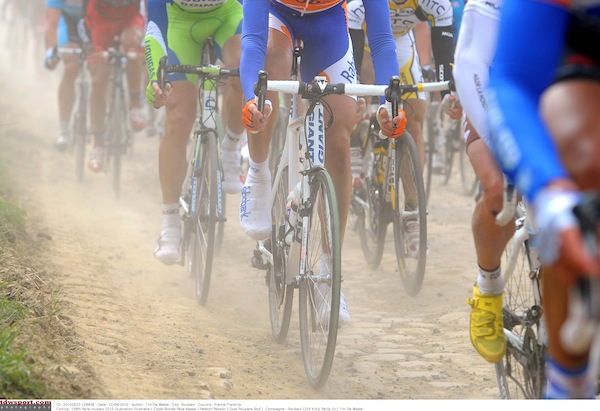 The 114th edition is taking place on April 10. The course of this edition counts 52,8km of cobblestone strips (a few hundreds of meters more than the previous edition), on a total distance of 257,5km, with start in Compiègne and finish on the cycling track of Roubaix.

There are a few subtile, yet significant, modifications regarding to the edition of 2015. There are the traditionally strategic spots such as the Trouée d'Arenberg, the cobblestone strip of Mons-en-Pévèle or the Carrefour de l'Arbre. They remain the ultimate filters to decide the race. The other 24 cobblestone strips, will most certainly influence the preamble to these 3 strategic spots or maybe consolidate the evolution of the race.

This year, the most important modification in the race, is the comeback (after 3 years of absence) of the Hameau de Buat, the only uphill cobblestone strip in the race, which lies at the start of the cobblestone sequences (after 127km).

Overwiew of the most famous cobblestone strips :

Add your story, info or media to Paris-Roubaix