Tom Boonen can add the 74st edition of Ghent-Wevelgem to his palmares. The decisive move came at the Monteberg, the las hill in the race, when Cancellara and Sagan started their pursuit. It was not easy for the group of followers with Boonen to get to them. Finally , it became a massive sprint, that was won by Boonen, just before Sagan and Breschel.

General details of the race :

For the first time, the race was ridden over a distance of 235 km which implies that there is space for 2 passes over the Casselberg. From there, the race continues in the direction of the West-Flemish hills, where also the Baneberg and the Kemmelberg are taken twice. And to get the race even more exciting, after the second passage of the Kemmel, the Monteberg is also incorporated in the course. 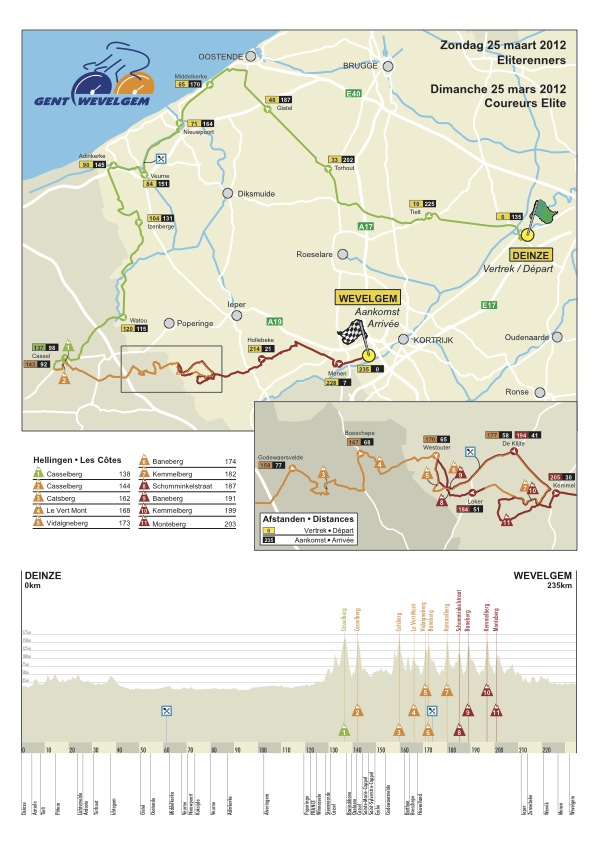 Add your story, info or media to Ghent-Wevelgem 2012 : again Boonen