The electric bike is a bike that supports your muscle power with an electric motor. Nowadays, the electric bicycle appears more and more in the street. There's a large offer of more powerful and smaller batteries with a larger radius. Bicycles with pedal assistance are no longer exclusively marketed for seniors, but for anyone who appreciates a push in the back now and then.

The first ideas to create electric bikes were documented in several U.S. patents in the nineties of the 19th century. In 1895, Ogden Bolton Jr. obtained a patent for a battery-powered bike. In 1898 a rear wheel driven electric bicycle was patented.

Force sensors and engine control systems were developed in the late nineties of the 20th century. Production grew from 1993 to 2004 with about 35% while the production of road bikes in the same period decreased.

By improving battery technology the bike quality improved, they also became lighter and were able to bridge longer distances, once fully charged. Cheap bicycles kept on using a lead battery or NiCd batteries while the newer and more expensive bikes use Nickel-Metal Hydride (NiMH) batteries or a Lithium Ion (Li-Ion) battery pack. 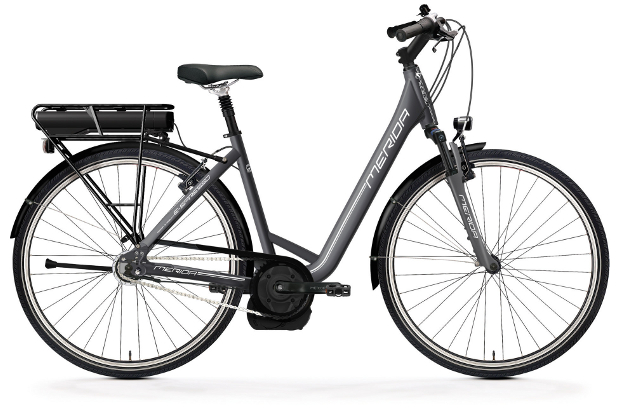 In 2001, the terms E-bike, pedelec and electrically assisted bicycle were introduced to describe these bikes. According to Google, the word E-bike has become extremely popular. The E-bike actually refers to the electric bike that's operated with a throttle but it is also widely used to indicate pedelecs.
Today, China is the largest producer of electric bicycles. According to figures from the China Bicycle Association, a Chinese industrial group established by the government, in 2004, Chinese manufacturers sold 7.5 million electric bicycles over the world. In that year, the country doubled the sales results of 2003. In 2005, sales increased to around 10 million units and upto 16 to 18 million units in 2006.
In 2007, the estimated number of electric bicycles covered some 10 to 20% of all bicycles in many major cities worldwide. (Source: Wikipedia) 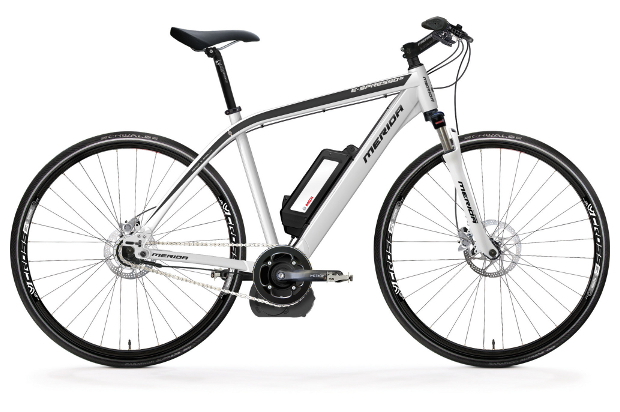 The frame size is very important for a proper cycling position. A wrong cycling position means more load on your joints and is less comfortable. The correct frame size is calculated in a number of ways. Once you determined the right size, you can reach the ground with your toes, sitting on the saddle, and you can bend your legs slightly while you're cycling.

Take off your shoes and stand with your feet apart. Measure the length of your inside leg from floor to crotch height. Directive city bike: inseam * 0.68 = frame size

Support
Electric bikes can be divided into two groups. The bikes with just pedal assistance and the bicycles with a moped function.

Pedal assistance
As you pedal around, the electrical system generates additional strength. The electric pedal assistance will start when you start cycling, and stops when the pedals are stationary. The electric motor and human power work simultaneously. This is a pedelec or Pedal Electric Cycle.

Light moped
An e-bike is actually a moped on stream. With an E-Bike it's also possible to 'bike without pedaling'. That's exactly the difference with a Pedelec : with an E-bike, the electric motor and human power work independently from each other. E-bikes are also known as E-Scooters or E-Mobiles. They use a button or throttle. 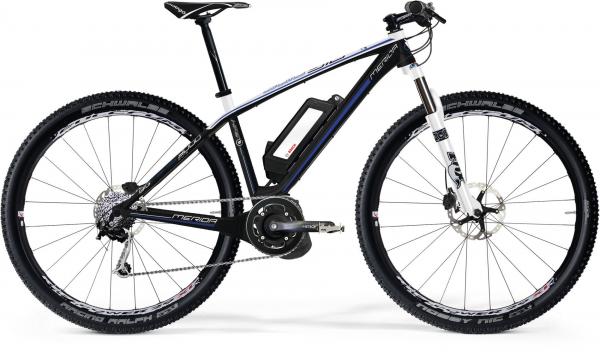 The battery is the most important part of the electric bicycle. The capacity of the battery determines the range of the bike.

Battery type
Each battery has its own characteristics. Most electric bikes have a battery with lithium-ion technology (Li-Ion). The benefits here are more power and a lighter weight than the older battery types and a complete discharge is also possible. The older types of batteries are NiMH and NiCd. The NiCd quality is better than the NiMH.
The LiFePO4 is a new type of battery. This battery can be recharged twice as often as a Li-Ion and the battery life lastst more than three times longer. Yet, this technology is quite recent and still very expensive.

Range
This is the number of miles you can drive on a full charge. The range depends on many factors.

Just because there are so many variables, it's the capacity of the battery that's crucial for the range. The higher the Wh, the further you can ride on a single charge.

Charging
If the battery is removable, you can put it in the battery charger. If the battery is fixed in the frame, you'll have to bring the bike to a power plug. Some models include an extra battery. Which makes it possible to cover larger distances without a battery recharge. These are always models with a removable battery. Of course, keep in mind the following : the shorter the charging time, the better.

Gears
Apart from the electric motor, the gears also make cycling easier. You can cycle faster or slower with the same number of pedaling movements. At a higher gear, you'll cycle faster but harder. And you'll ride slower but lighter at a lower gear.

Number of gears
Multiply the number of sprockets front and rear, and this will be the number of gears on your bike. With 3 blades front and 8 blades rear, your bike will have 24 gears. On the electric bicycle, the hub gear is the most common. The hub gear is inside the hub of the rear wheel, and has a maximum of 8 gears. A derailleur has a maximum of 27 gears and consists of a front and / or rear derailleur.

Lights
Bicycle lights are legally required. On an electric bike, you'll find in almost all cases LED lamps that work on the battery.

Automatic lighting
A sensor detects whether it is dark enough and whether the bicycle is in motion. If this is the case, then the lights will turn on. If you stop cycling, the light goes off automatically. With the parking light function, the lights will remain on after you stopped. They'll only go out after a few minutes. This will happen, if, for example, you're waiting at the traffic lights.

Brakes
The brakes are one of the most important features on a bicycle. There are many different types of brakes, such as foot brakes (coasters) and hand brakes.

Coaster
This brake is rare to find on an electric bike. A coaster brake works on the rear wheel while pedaling backwards.

Hand Brakes
Hand brakes permit you to dose better than foot brakes. Drum brakes, v-brakes and roller brakes are some examples of hand brakes. Hand brakes are fixed at the handlebar and work on the front and rear wheel by squeezing them simultaneously.

Comfort
On the electric bicycle, you can improve comfort in several ways.

Suspension
With a suspended front fork and seat post, you'll bike in a comfortable way across any surface, but you'll put less power on the wheels. The different suspensions can often be adjusted in function of the body weight.

Adjustable draglink
With an adjustable draglink, you won't be needing tools to change the handlebar height. Do you use the same bicycle as your partner (unisex), then you'll be able to set a good riding position in no time.

Child seat
If you want to take children under eight years on the bike with you, then a safe seat is required. You'll need a child seat with support for back, hands and feet.
Children up to two years, usually will have a seat in front of the bicycle. Until this age, they are usually not too heavy. A chair in front makes the steering heavier unless the seat is fixed at the frame and not at the handlebar. You also have loose supports, which have the advantage that they are easy to attach and to remove.
Once a child has got the age of 2 years, you can put it at the back of the bike. A back seat is safest. It is important that the bicycle has dress guards. In addition, a solid luggage carrier is important for the safety of the child.

Add your story, info or media to Electric bicycles